The awards, held on Thursday 22 September at Magna Science and Adventure Park, aimed to recognise and reward the businesses, organisations and individuals leading the way in sustainability in South Yorkshire and the UK.

As well as celebrating those people and organisations already on their journey to reducing their environmental impact, the awards aim to also inspire others into making positive changes.

The award recognises that public sector organisations face the same challenges as many businesses in the move towards net zero amid the increasing pressure to implement change, and showcases the successes that can be achieved.

When deciding on the winner, the judges were looking to see evidence of a sustainability strategy being put into practice, future plans to reduce impacts further and a commitment to engaging staff and stakeholders in achieving sustainability goals.

South Yorkshire Police was able to showcase its five-year sustainability strategy which includes targets under a number of priority areas including health and wellbeing, reducing inequalities, improving quality education, responsible production and consumption, and climate action.

Now in its second year, the strategy has an overarching ambition to embed sustainability throughout all police operations ‘in all that we do’.

The force’s commitment to engaging staff in sustainability is second to none and this formed a key part of the award criteria. Activity so far has been focussed on strategic, operational and all staff engagement including:

South Yorkshire Police Chief Constable Lauren Poultney said: “We are committed to delivering ongoing activity to engage everyone in the organisation, to raise awareness and encourage participation and involvement.

“The aim as we move forward with the five-year-plan is for sustainability impacts, both positive and negative, to be identified, managed and enhanced as part of day-to-day business.

“This award is both a fantastic recognition of the hard work that has taken place so far, and an incentive to push on, achieve more and inspire others as we continue on our sustainability journey."

South Yorkshire Police and Crime Commissioner, Dr Alan Billings, said: “If we are to make a significant difference in moving to net zero in South Yorkshire, there must be a collective effort by all individuals and organisations. That includes the public sector. We face the same challenges as any other business.

“South Yorkshire Police is working hard to embed sustainability in all they do. Implementing a ‘Road to Net Zero’ report, working as an active member of the climate partnership network for each of the four local authorities and developing a programme to expand the number of bikes for Neighbourhood Policing Teams - these are just a few of the steps they have taken to reduce the organisation’s environmental impact. It is encouraging to see this recognised at the Sustainability Awards.” 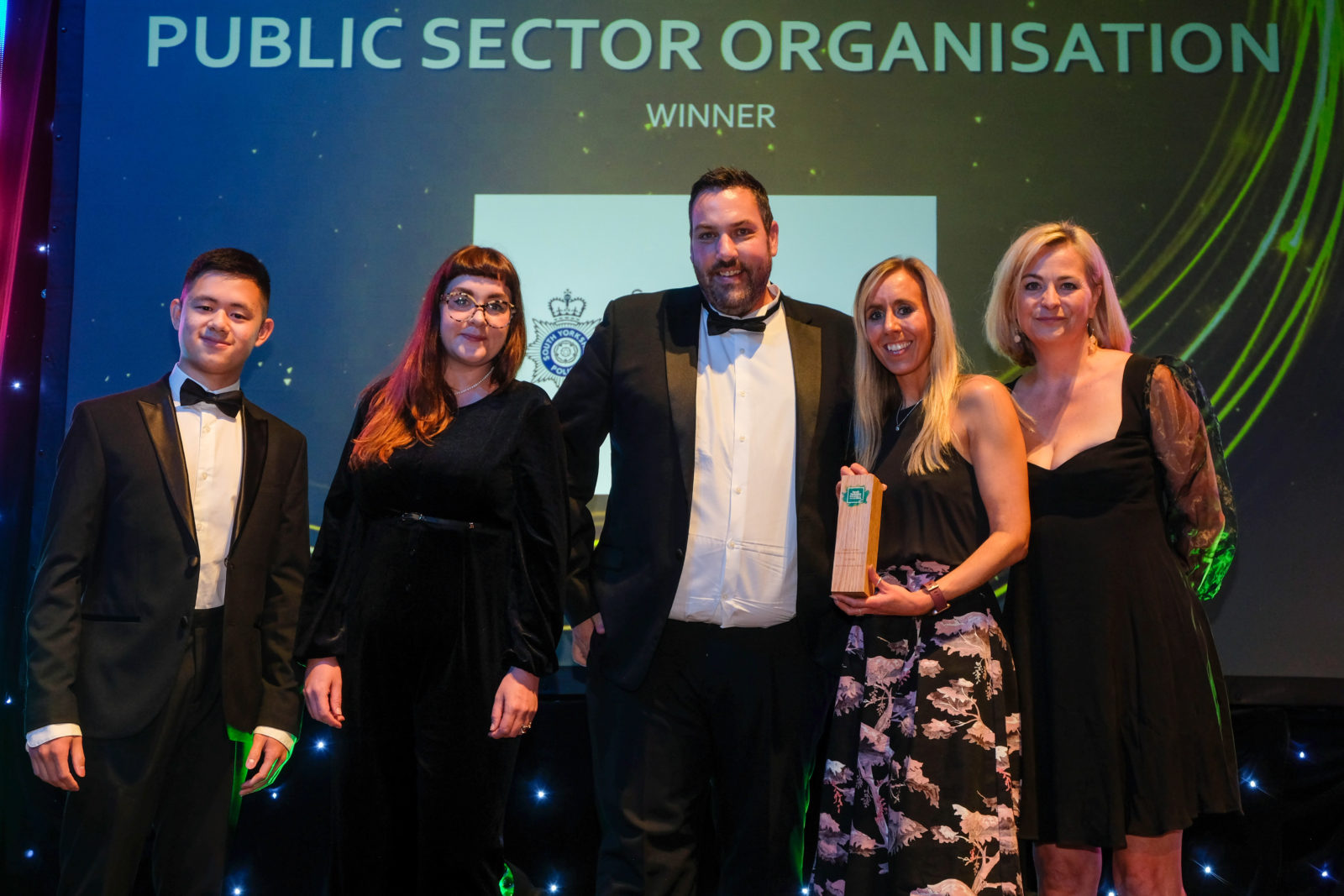