A Sheffield man has appeared before Sheffield Crown Court for sentencing after he burgled a local property, taking sentimental items, before stealing the victim’s car.

Michael Dobson, 49, of Firshill Walk in Sheffield pleaded guilty to charges of burglary and theft and last week (31 August), appeared before court for sentencing.

On Sunday 10 July officers responded to reports of a burglary at a property on Wellcarr Road in Sheffield. The family of the home were asleep upstairs at the time.

Officers investigating the burglary found forensic evidence inside that placed Dobson as a suspect.

The victim’s car was found parked close by to Dobson’s address at the time on Batworth Road, so a warrant was obtained from the court and officers searched his property.

Once inside, officers found the victim’s belongings, including electrical devices and jewellery.

Investigating officer Katie Gillatt from Sheffield said: “Burglary is an intrusive crime that can have psychological effects, alongside the physical aspect of having your belongings taken.

“In this investigation we were able to reunite the victim with their belongings, which included sentimental family photos saved on the electrical devices, as well as their car, but unfortunately this isn’t always the case.

“I am pleased that Dobson acknowledged his actions and pled guilty to the charges, saving the victim from participating in a trial.”

Dobson received a sentence of 28 months for burglary and 18 months for theft, to run concurrently. 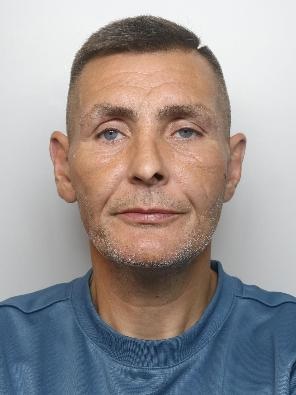