A 42-year-old man from Doncaster has been handed a 36-year sentence for a string of child sex offences.

Michael France, of Sandyfields View, Skellow, appeared at Sheffield Crown Court on 14 April and was found guilty of 14 charges against two victims. These were two charges of sexual assault of a child under 13 against the first victim, and one charge of indecent assault, five counts of rape of an under 13 and six counts of rape against the second victim.

He was sentenced yesterday (Monday 23 May) and told he would spend a minimum of 31 years in custody, with an extended five years on licence.

Alongside the lengthy sentence, he has to sign the Sex Offenders Register for life and has been made the subject of a Sexual Harm Prevention Order.

As the investigation developed a second victim was found, who reported to police that France had also sexually abused them when they were a child.

Temporary Detective Sergeant Melissa Green of South Yorkshire Police praised the bravery of the victims for coming forward. She said: “Throughout the trial Michael France maintained his innocence, denying the allegations and stating they had never happened. Ultimately, he was implying his victims were lying.

“The complainants in this case were children at the time of the offences, one of them now being an adult, who had come forward to police to report historical abuse against them by Michael France between the ages of five and 18 years of age. Their bravery in doing so has led to him now finally facing time behind bars.

“We commend these victims for coming forward, and helping bring him to justice before a court. We hope that this helps them find some closure, and we urge all victims to come to us with their cases so that we may be able to help them too.”

“He has shown no remorse for his behaviour at any point through the process. He pleaded not guilty to all the charges, meaning his victims had to sit through a lengthy and painful trial where they had to give evidence against their abuser. I just hope that now he has been put behind bars for a very long time, the victims have the space to find closure on an awful period in their lives and move forward to more positive times.

“This case has been one of the most impactive and disturbing cases of sexual abuse that I have ever encountered." 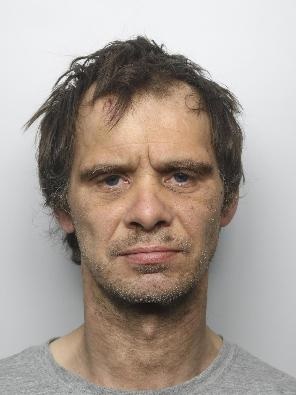