Police in Rotherham today (27 May) joined forces with our Armed Crime Team and Tactical Support Group (TSG) to execute a series of morning raids.

Officers focussed their attention on Dinnington, Clifton and East Dene, following reports of drug dealing in the areas.

Suspected wraps of crack cocaine, believed to be worth over £300, were seized from an address in Queen Street after being found ‘hidden’ in a plant pot. An 18-year-old man from Rotherham was arrested on suspicion of possession of Class A drugs with intent to supply. He remains in custody.

During their second outing of the morning, officers recovered £2,000 of suspected Class A drugs from a property in Addison Square, Dinnington. A 34-year-old man from Dinnington was also arrested on suspicion of possession of Class A drugs with intent to supply. He remains in custody.

Superintendent Ian Proffitt, from the Armed Crime Team said: "Tackling serious and organised crime remains a force priority and we will continue to do all we can to bring those responsible to justice.

"Taking money out of the hands of drug dealers disrupts their wider criminal network and can have a knock-on effect on crime in the local area.

"Drugs supply at any level has links to violent crime and exploitation, which is why regular disruption activity such as this is so important.”

If you think you can help us identify those involved in the distribution of illegal drugs, it’s essential you come forward and tell us what you know.

If you would rather remain completely anonymous, contact Crimestoppers on 0800 555 111. 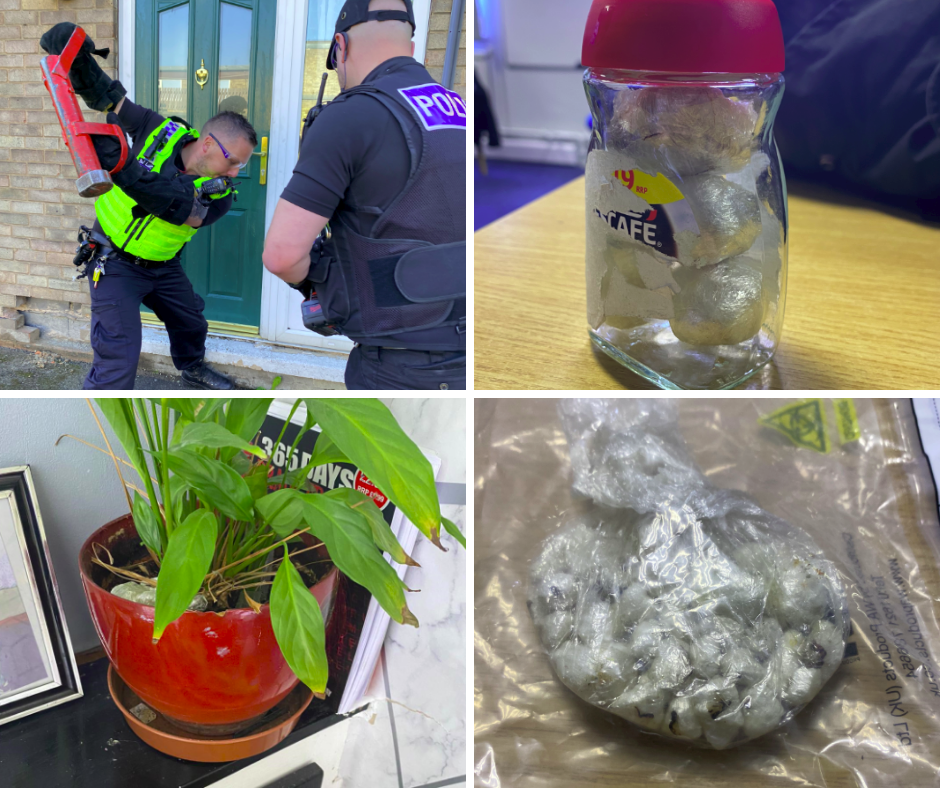