Family members and colleagues are today saying a final farewell to PC Matt Lannie, the South Yorkshire Police road traffic officer who died in the line of duty while responding to an emergency.

PC Lannie – a treasured son, partner and friend – tragically died in a collision on Tuesday 21 April.

At his funeral in Sheffield later today, his loved ones will remember him as a thoughtful, kind and funny man who can never be replaced.

PC Lannie’s mum, Cheryl Raybould said: “Not only was Matt ex-military and a serving police officer, he was a loving son, brother, uncle, nephew, cousin, colleague and best friend to many.

“He had achieved so much in his career - and lived his life to the absolute brim out of the uniform too.

“He had a great sense of humour and a cheeky charm. The way he told a story would have everyone in fits of laughter - only he could get away with the banter he gave, as you could not help but love him and crack up laughing too.

“He loved his family and friends, and always had time for each and every one. He was so thoughtful, kind and funny.

“It broke our hearts to lose him and we miss him every day. He was such a special person, we hope he’s in a special place, we love him so dearly and he can never be replaced."

In a tribute for his son, PC Lannie’s dad, James Lannie, said: “I know we have not always lived in each other’s pockets as we are both well-travelled and have led busy lives. But it was always nice when you were mentioned in conversation as I was extremely proud to say I was your father and you were my son.

“I am so proud of everything you achieved and all that you have done in your life. Rest in peace, until we meet again.”

The loss of PC Lannie has been felt by all those who knew him. His SYP unit, roads policing team four, has paid tribute to an incredible officer and friend. In a joint statement, his colleagues said: “Matt, we will remember you in our stories and the laughter we shared. You will always be part of our team and your memory will live on.

“You will always be known for your larger than life character, your infectious smile and your passion for your job. You wore your uniform with pride.

“You had the ability to light up a room with your charismatic nature and smile.

“Your friendly banter made the office a brighter place to be. We are honoured to have worked alongside you, you have left a huge hole in not only our team but the wider SYP family.”

PC Lannie joined South Yorkshire Police in 2012, working in Sheffield. In 2017, he transferred to the force’s Operational Support Unit and remained part of the OSU until his tragic death.

Head of OSU, Superintendent Paul McCurry, said: “Matt was a popular and much respected colleague who enjoyed his work within roads policing.

“I had the pleasure of working with him on a number of occasions and we all miss him.”

Chief Constable Stephen Watson QPM has also thanked PC Lannie for his service. He said: “Matt died in the line of duty and dreadful events such as these serve to remind us of the great dangers that police officers confront every day in order to keep us all safe.

“Matt’s dedication to protect the public is testament to his courage and professionalism, he was an upstanding constable and to protect us he made the ultimate sacrifice.

“We must ensure that Matt’s memory lives on. Matt was loved by everyone and his kind and humorous nature is reflected in the conversations I have had with colleagues.

“Matt, we thank you for your service and honour your memory.”

PC Lannie’s funeral service, which will be attended by his closest family and friends only due to the ongoing Covid-19 situation, will be held today (25 August) at Grenoside Crematorium.

We would like to say thank you for the kind thoughts and wishes the force has received. 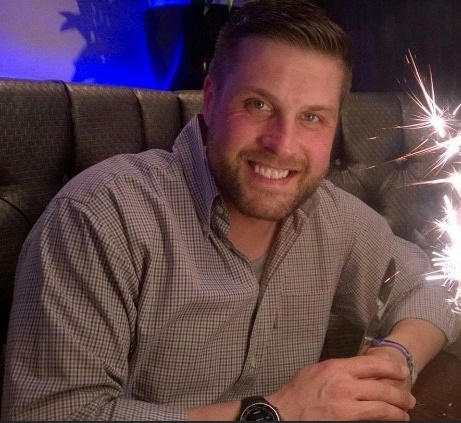