In 2001, Shaun was promoted to Inspector, undertaking a range of roles including work in Custody, Response teams and on the Sheffield City Centre Neighbourhood team.

He was then promoted to Chief Inspector in 2008 where he took on responsibility for operational policing in Barnsley.

In 2012, Shaun was promoted to Superintendent and became the Commander for the Sheffield East sector before becoming the Operations, Partnerships and Support Superintendent for the City.

Shaun was educated at University of Virginia gaining a BSc in Economics and Business Studies.

He has competed in Freestyle wrestling at World, European and Commonwealth levels before coming the National Team manager for the 2002, 2010 and 2014 Commonwealth Games as well as the 2012 Olympic Games. 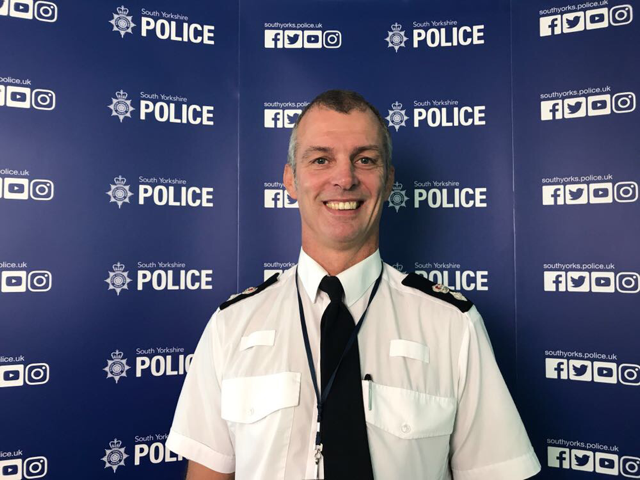 Type your South Yorkshire address, postcode or area into the search bar to be directed to your Neighbourhood Police Team page.